Last week, nearly 1,000 Drupalists gathered in Darmstadt, Germany for Drupal Europe. In good tradition, Dries presented his State of Drupal keynote to highlight the release of Drupal 8.6 and the roadmap for Drupal 9.
Posted by Dries Buytaert on 09/17/2018

Last week, nearly 1,000 Drupalists gathered in Darmstadt, Germany for Drupal Europe. In good tradition, I presented my State of Drupal keynote. You can watch a recording of my keynote (starting at 4:38) or download a copy of my slides (37 MB).

I started my keynote by highlighting this month's Drupal 8.6.0 release. Drupal 8.6 marks the sixth consecutive Drupal 8 release that has been delivered on time. Compared to one year ago, we have 46 percent more stable Drupal 8 modules. We also have 10 percent more contributors are working on Drupal 8 Core in comparison to last year. All of these milestones indicate that the Drupal 8 is healthy and growing. 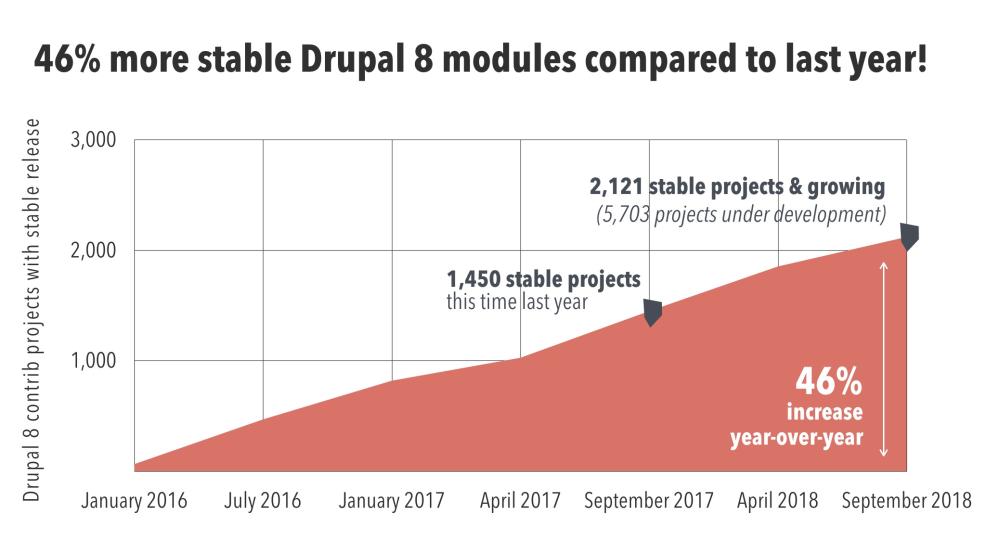 Next, I gave an update on our strategic initiatives: 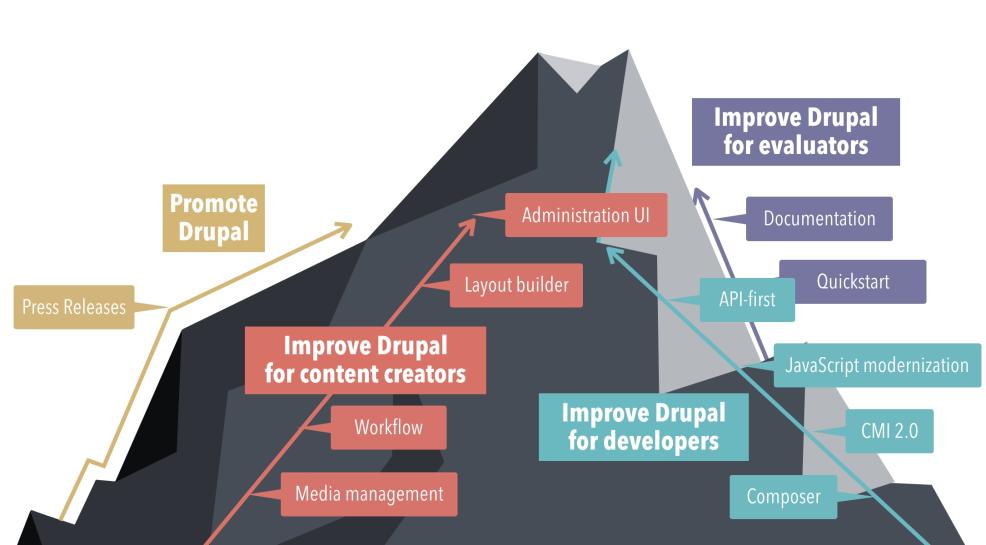 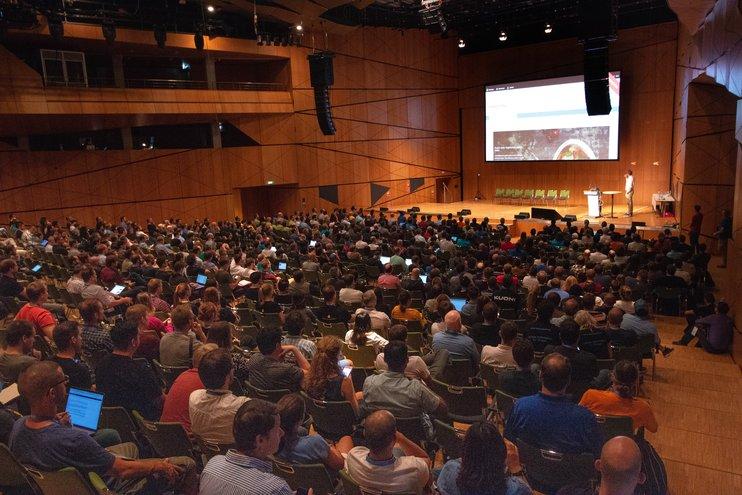 The expectations of content creators are changing. For Drupal to be successful, we have to continue to deliver on their needs by providing more powerful content management tools, in addition to delivering simplicity though drag-and-drop functionality, WYSIWYG, and more.

With the release of Drupal 8.6, we have added new functionality for content creators by making improvements to the Media, Workflow, Layout and Out-of-the-Box initiatives. I showed a demo video to demonstrate how all of these new features not only make content authoring easier, but more powerful:

We also need to improve the content authoring experience through a modern administration user interface. We have been working on a new administration UI using React. I showed a video of our latest prototype:

One of the most significant updates since DrupalCon Nashville is Drupal's improved evaluator experience. The time required to get a Drupal site up and running has decreased from more than 15 minutes to less than two minutes and from 20 clicks to 3. This is a big accomplishment. You can read more about it in my recent blog post.

After launching Promote Drupal at DrupalCon Nashville, we hit the ground running with this initiative and successfully published a community press release for the release of Drupal 8.6, which was also translated into multiple languages. Much more is underway, including building a brand book, marketing collaboration space on Drupal.org, and a Drupal pitch deck.

To keep Drupal modern, maintainable, and performant, we need to stay on secure, supported versions of Drupal 8's third-party dependencies. This means we need to end-of-life Drupal 8 with Symfony 3's end-of-life. As a result, I announced that:

Historically, our policy has been to only support two major versions of Drupal; Drupal 7 would ordinarily reach end of life when Drupal 9 is released. Because a large number of sites might still be using Drupal 7 by 2020, we have decided to extend support of Drupal 7 until November 2021.

Finally, the Drupal Association is working to integrate GitLab with Drupal.org. GitLab will provide support for "merge requests", which means contributing to Drupal will feel more familiar to the broader audience of open source contributors who learned their skills in the post-patch era. Some of GitLab's tools, such as inline editing and web-based code review, will also lower the barrier to contribution, and should help us grow both the number of contributions and contributors on Drupal.org.

To see an exciting preview of Drupal.org's gitlab integration, watch the video below:

Our community has a lot to be proud of, and this progress is the result of thousands of people collaborating and working together. It's pretty amazing! The power of our community isn't just visible in minor releases or a number of stable modules. It was also felt at this very conference, as many volunteers gave their weekends and evenings to help organize Drupal Europe in the absence of a DrupalCon Europe organized by the Drupal Association. From code to community, the Drupal project is making an incredible impact. I look forward to continuing to celebrate our European community's work and friendships at future Drupal conferences. 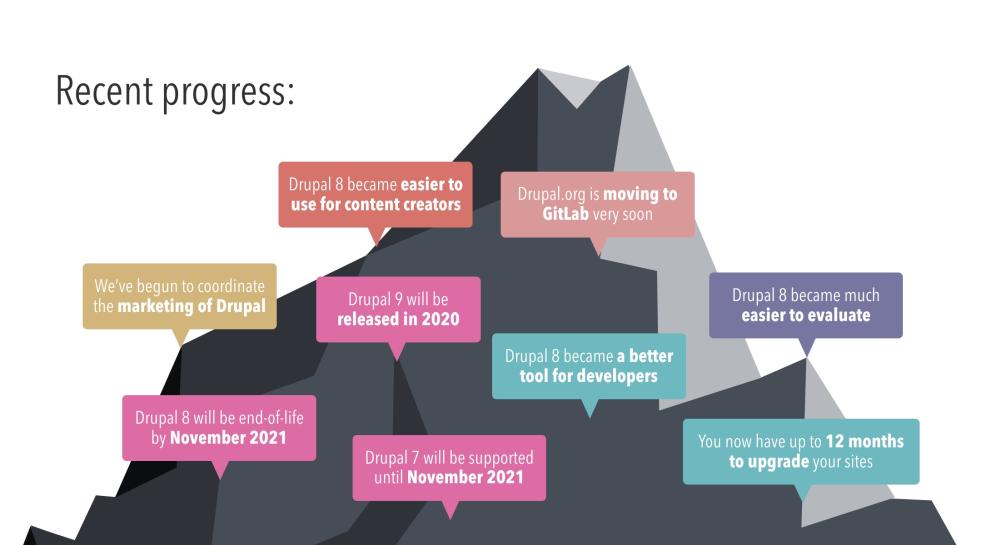