Molson Coors wanted to strengthen its brand presence and support its “Made Local Fund” campaign program. 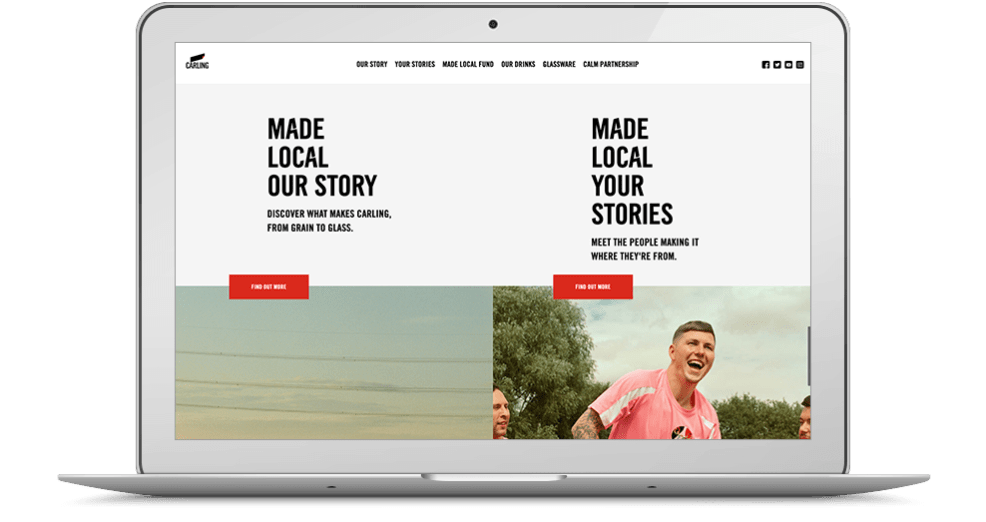 A multinational brewing company, formed in 2005 by the merger of Molson of Canada, and Coors of the United States, Molson Coors is the world's seventh-largest brewer by volume. The company is headquartered in Denver and has more than 17,000 employees.

In redesigning the Carling brand website, Molson Coors had two main goals: First, to strengthen the brand presence and to have greater visibility among its target market and second, to launch and run its "Made Local Fund" campaign program which aimed to invest in regional community projects across the UK.

Molson Coors faced a number of challenges in its redesign. Time-to-market was a concern, as its previous web platform made it difficult for content editors to create new pages. The new platform also needed the ability to create new templates and mini-sites on-the-go. And a fixed launch date—designed to launch prior to corresponding television advertisements going live—increased the pressure to get things done on time.

Not only was the project delivered ahead of the proposed timeline, but thanks to Acquia’s component-based architecture, overall product efforts were reduced by 25% and content editors could build listing pages 62% faster—in 3 hours instead of 8. Additionally: