From the Olympics to the Super Bowl, sports organizations use Drupal to gain a competitive edge in customer experience.
Posted by Sylvie Tse on 03/10/2020
Image

Sports and competition go hand in hand. The whole premise of athletic competitions is to outperform rivals by being faster, stronger, better. But off the field (or court, track, whatever arena), these traits are still necessary to beat out the competition for supporters’ attention. For first-place digital experiences, many sports organizations turn to Drupal because Drupal’s flexibility, speed and scalability offer a competitive edge.

Just as sports combine beauty and strength in many aspects (think a beautiful touchdown pass by Tom Brady, an impeccable triple axel by Mirai Nagasu or an unbelievable alley-oop by Lebron James), websites also need both function and flair. Here are examples of how Drupal experiences in the sports world can be both beautiful and practical. 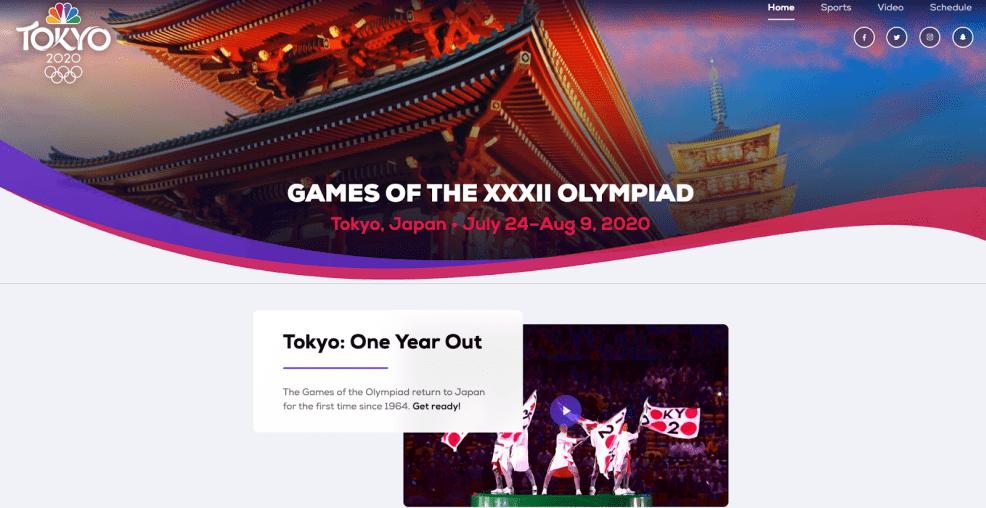 In the world of sports, there is no bigger arena than the Olympics. The best athletes from around the globe come together to compete for the gold, and during those two weeks, NBCOlympics.com becomes the hub for more than 100 million sports fans to stream billions of minutes of content.

NBCOlympics.com handles massive amounts of traffic, provides real-time content updates to eager fans keeping track of the medal race and offers live streams of every event. But beyond just being performant, NBCOlympics.com is rich and engaging. It’s easy for users to go down the rabbit hole of content that’s available: athlete features, replays of the opening ceremony, event schedules and multimedia about users’ favorite sports or ones they need to get familiar with (Did you know trampoline is an Olympic sport?). 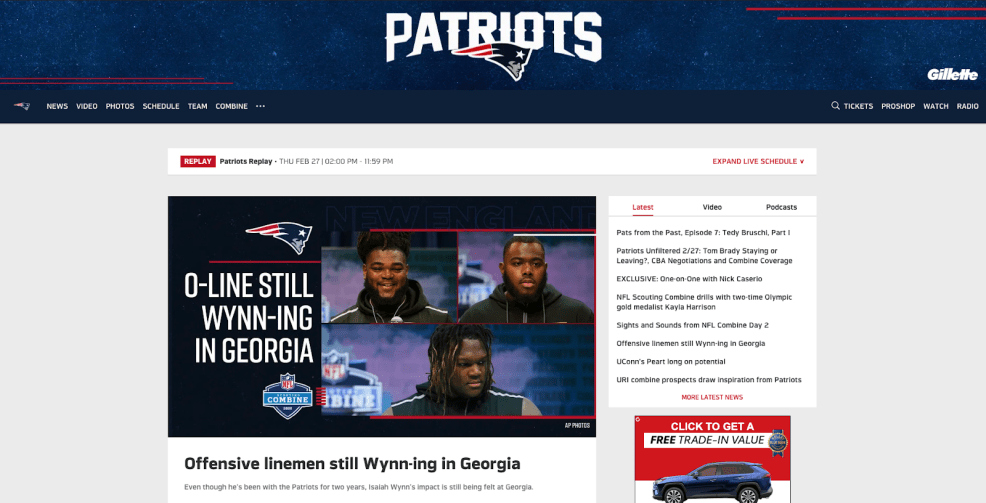 As a New Englander and Patriots fan, it would be remiss for me to recap sports teams using Drupal without bringing up my home team. As an organization that knows a thing or two about championships, the Patriots have created a winning formula for rallying fan support year-round. 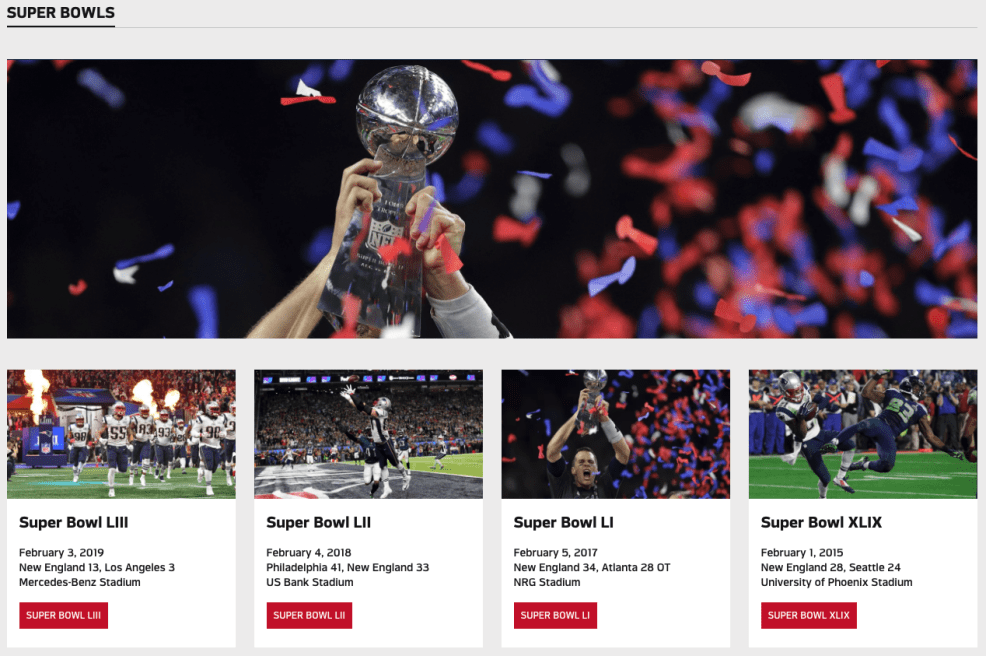 Throughout the football season, Patriots.com is the go-to destination for the latest team and player news, game highlights and more. But even in the offseason, the site offers fans plenty of content to stay engaged with the team, from exclusive interviews with players and coaches to fan-submitted photos of their pets decked out in Pats attire. 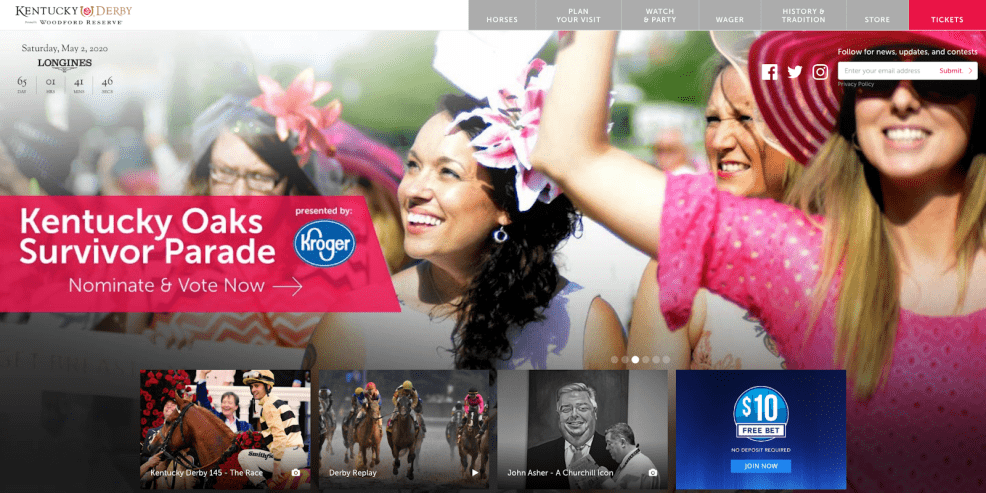 On the first Saturday of every May, for about two minutes, millions of pairs of eyes are glued to screens watching 20 three-year-old thoroughbred horses race 1.25 miles around a dirt track at Churchill Downs. As the digital home for one of the fastest sporting events in the world, KentuckyDerby.com needs to draw spectators in and drum up excitement and engagement for those two minutes and beyond. Not only is Drupal scalable enough to support the massive influx of traffic on Derby day, but it is also flexible enough to support the various types of content fans are looking for, whether it be race videos, mint julep recipes or ticket information. From the history of the race to party hosting tips to expert opinions on which horse to bet on, KentuckyDerby.com offers everything you need to be part of the Derby, whether you are in Louisville, Louisiana or Lucerne.

In sports, the goal is to win the game and win over fans. With beautiful Drupal-built sites, sports organizations can stay competitive for fan attention and keep supporters engaged for the long term.