The media and entertainment industry thrives on content which is why these sites use Drupal to delight fans and create beautiful moments.
Posted by Sylvie Tse on 11/18/2019
Image

Every month, more than 4 billion people worldwide consume video content online and between 2015 and 2018, the number of music streaming subscribers has increased by 262% to 278 million. These stats make it clear that today, consumers’ digital experiences revolve around content.

The media and entertainment industry and Drupal both also depend on content. Without content, the media and entertainment industry would literally be nothing; content is what the industry is selling. And without content, Drupal also would be nothing; Drupal is a web content management platform making sure content (whether a music video from an artist, product info from a CPG brand, a new recipe from a blogger or something else entirely) is delivered to audiences anywhere.

Celebrating the greatest contributions to the music community, the GRAMMY Awards are the music industry’s biggest night and highest honors. While the Recording Academy gathers every winter to present golden gramophones to music creators, the GRAMMYs website (GRAMMY.com) serves as a resource for music lovers year-round — not only on the day of the awards ceremony.

While, of course, information about nominees and winners can be found on the site, throughout the year, the GRAMMYs keeps fans engaged online with news and features from across the music industry: must-see acts at the next big music festival, a video series asking winners “Where Do You Keep Your GRAMMY?” and updates on the Recording Academy’s efforts in areas like arts and music education funding and mental health in the music industry. 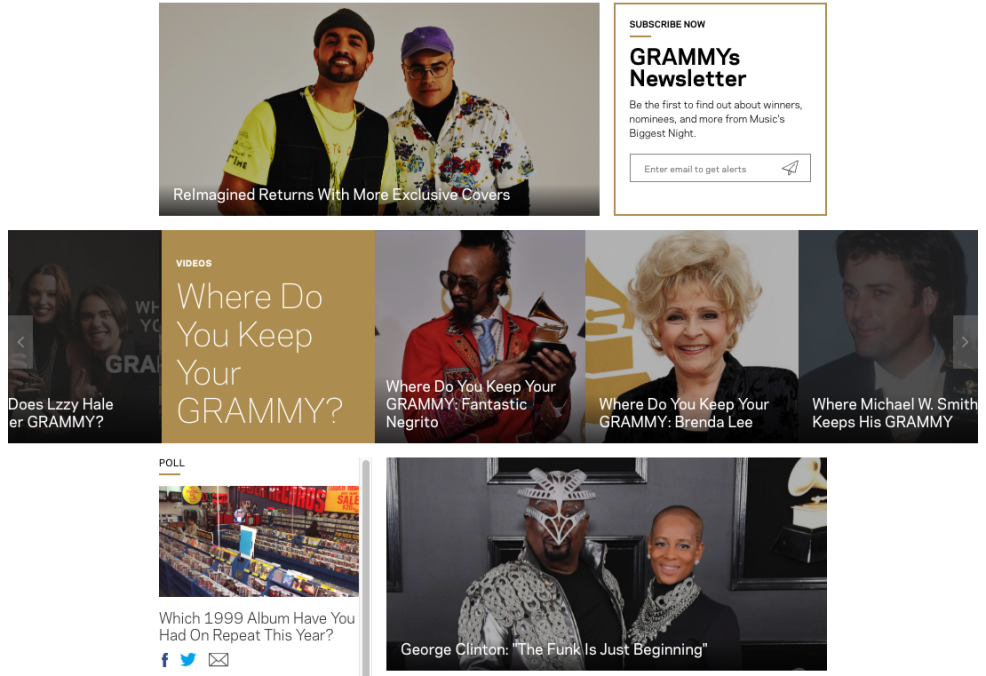 The king of Uptown Funk and 24K Magic is just one of the 300+ music artists from the Warner Music Group using Drupal (and Acquia) to build his website to engage with fans and promote his music. BrunoMars.com offers fans the latest information about Bruno’s projects, upcoming tour dates and the option to purchase merch. 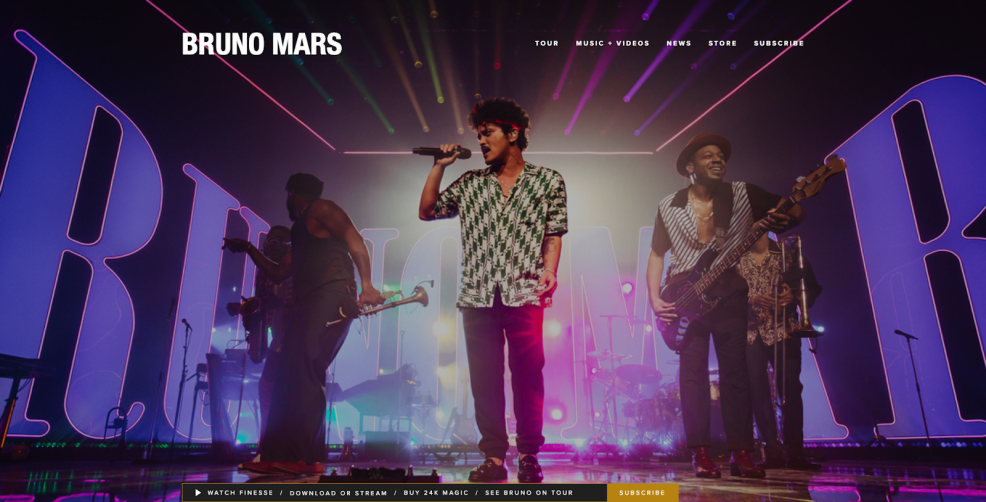 Unsurprisingly, the site is media-heavy, relying on the Drupal module, Media Entity, to pull in content like the full Bruno Mars discography on Spotify or fan Instagram posts from concerts, so fans can engage with this content on the site. 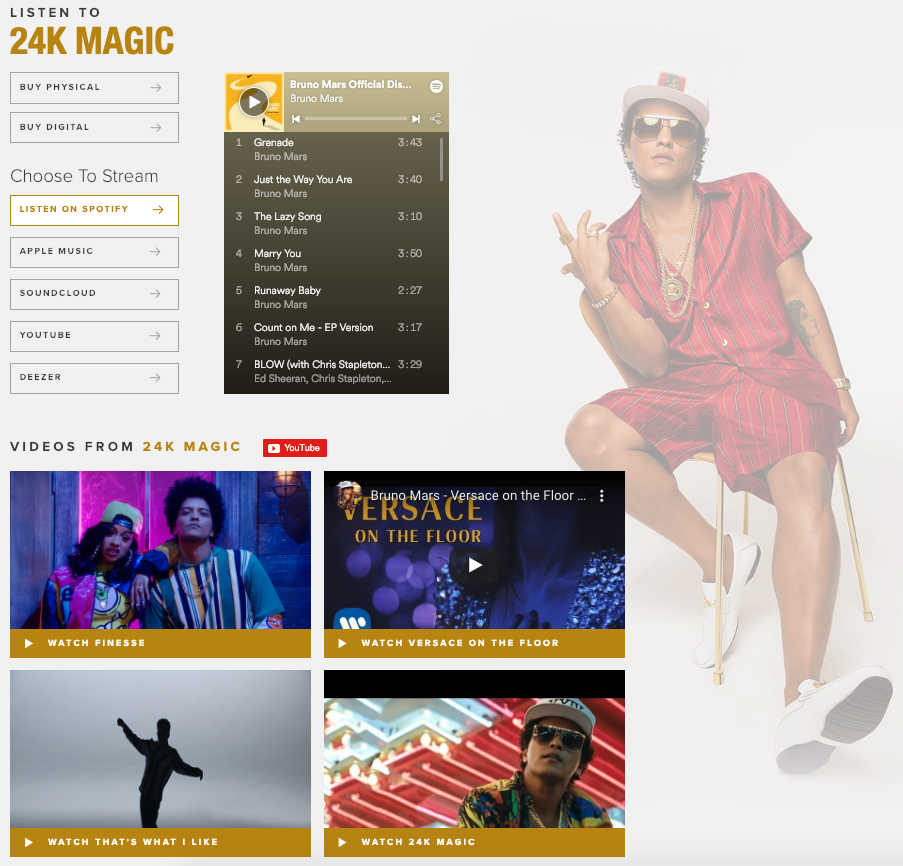 As one of the big three TV networks, NBC has millions of visitors to its website (NBC.com) each month and they are all hungry for content. Viewers are looking for info on who’s hosting “Saturday Night Live” this week, full episodes of “This Is Us”, bios of their favorite contestant on “The Voice” and so much more. NBC.com is truly a content destination, with the site serving as a hub for news and entertainment from other networks within the NBCUniversal portfolio, such as Bravo and E!. 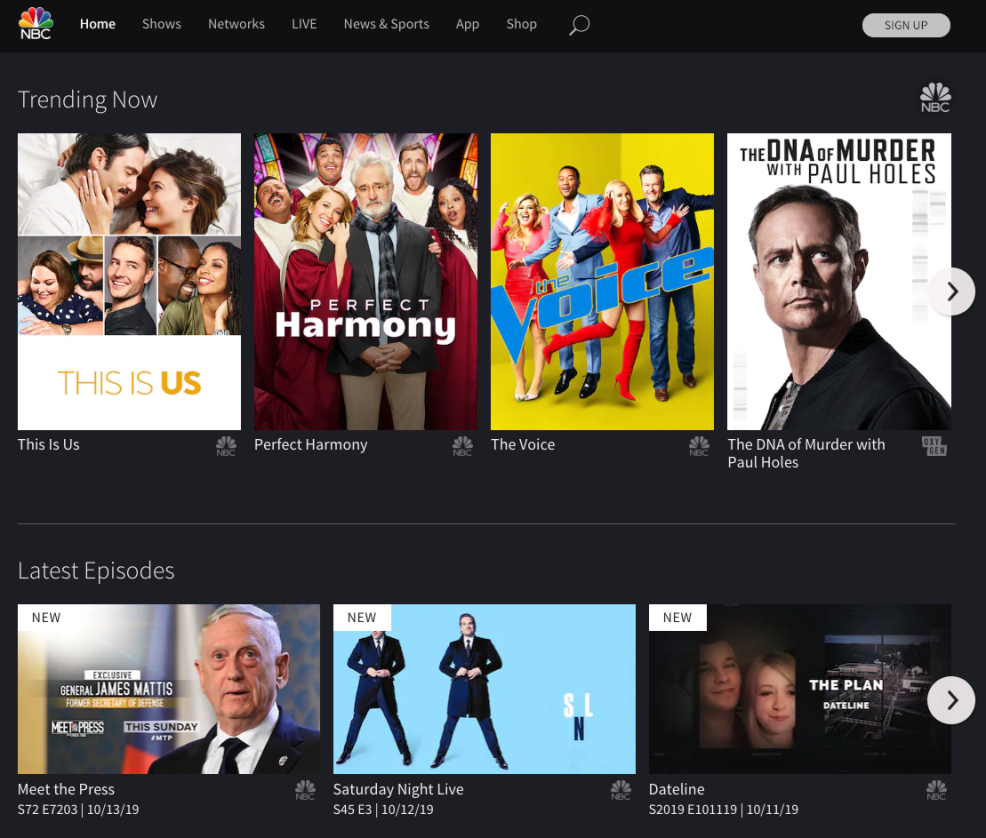 With so much content available at users’ fingertips, NBC has made it easier to access content that is relevant to their interests by letting visitors mark programs as favorites. 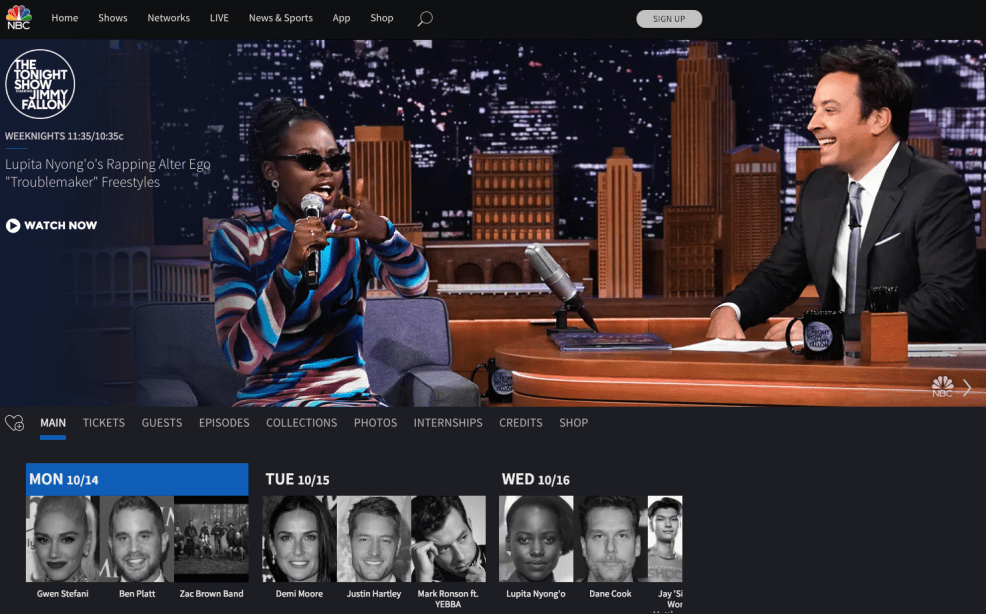 Audiences today consume content in many formats on a host of different channels and devices. The media and entertainment industry is not only competing amongst itself for audience attention, but also with popular purely digital content platforms, like TikTok. To stay ahead and meet consumer expectations, media and entertainment brands need Drupal’s flexibility and scalability to deliver exactly digital experiences that consumers want at the right time and place.