PR strategist Andrew Chow discusses how leaders can help their teams to face the challenges of transformation.
Posted by Nicole Stirling on 05/07/2019
Image

At last month’s Acquia Engage APAC conference, one of the most thought-provoking sessions was the panel discussion from the Girls in Tech team, who discussed the role of empathy in disruption. This topic struck a chord with our attendees; how you and your colleagues handle the inevitable changes that occur with digital transformation, can make or break its success.

As a timely follow-up to that topic, we invited PR strategist, entrepreneur, author and speaker, Andrew Chow, to explain the importance of personality type in managing disruption how leaders can help their teams to face the challenges of transformation more effectively.

According to Chow, personality is defined as the sum of our behaviours, attitudes, beliefs and values. Our personality traits define how we create our world, adjust to our environment, react in specific situations and engage with different people. On this basis, Chow argues that our personality traits are the key to managing how we handle change.

Exercise: Identifying Your Personality Traits
To help attendees identify their own personality traits, Chow asked viewers to select the three images with which they most identify — one from each column. Revealing numbers on each image, Chow then asked attendees to prioritise these images so that the one with which they identified the most is first and the least last, so that they are left with a three-digit number (for example, 5,1,2). 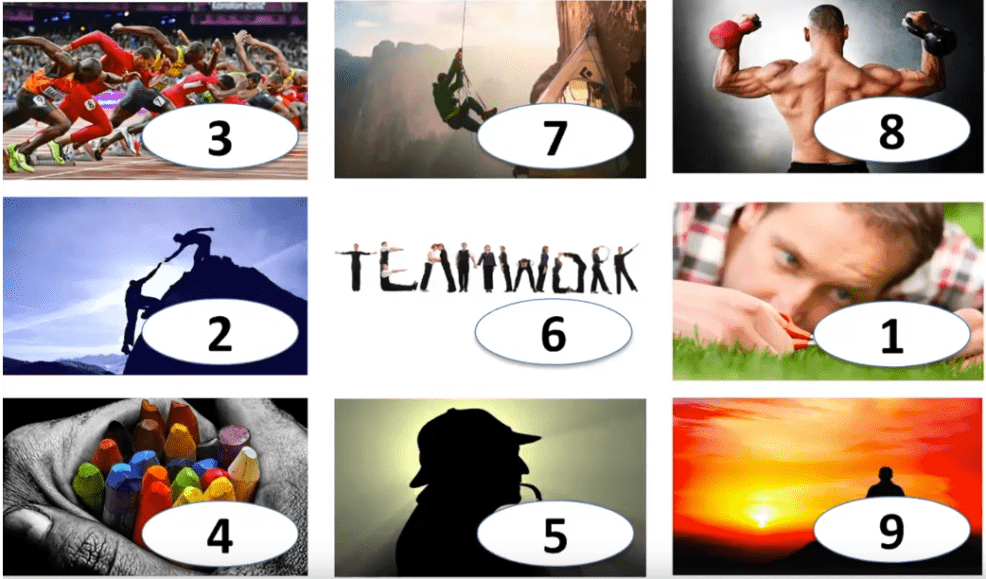 Subsequently, Chow revealed the traits behind each of the images, noting that the priority in which we placed these images indicates the priority of these traits in our personality type (for example, 5,1,2 would mean your dominant trait is ‘Observer’). 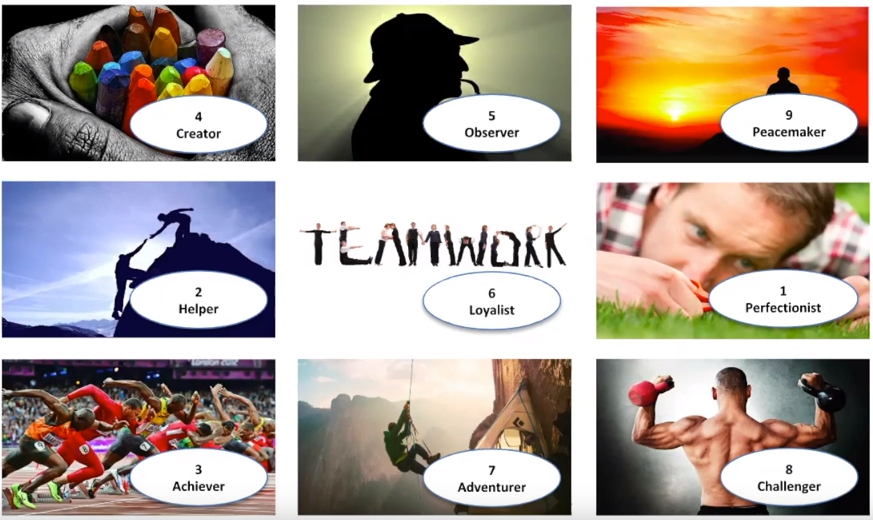 Having shown attendees how to identify their dominant personality trait, Chow uncovered the nature of each trait, how it reacts to change and how colleagues can work most effectively alongside people with these traits.

Perfectionists judge others by their own standards, warned Chow. In business, perfectionists are prone to micromanaging change because discipline and process help them to feel more in control and bring them comfort.

How to work with a perfectionist?  Be reassuring, as they’re usually very hard on themselves; value their input and acknowledge their achievements.

Unsurprisingly, Helper personality types are driven by helping others. This can be both a blessing and a curse as helpers are usually people pleasers and very hard working, but also most likely to suffer in silence and become overwhelmed by taking on more than they can handle.

How to work with a helper?  Be gentle with feedback, take an interest in their problems and check-in on their workloads regularly.

Achievers are goal-oriented, motivated, able to motivate others, and able to recover quickly from set-backs, but often are very defensive and competitive.
How to work with an achiever?  Don’t micromanage, don’t burden them with negativity and show them what’s in it for them, advises Chow – who admits to being an achiever himself.

Creators are introverted and therefore often like to work alone; but they are also most likely to produce work with a ‘wow factor,' since they are genuinely creative. Creators can be sensitive and will often try to seek the deeper meaning and objectives in any major change, rather than accepting it at face value.

How to work with a creator?  Avoid too many instructions, respect their intuition and be prepared to reassure them if/when they over-dramatise challenges.

The observer questions everything and always needs to know more. Obvious pros and cons associated with this personality type are that they are often extremely well-informed and make very educated decisions – but can also become overly cynical and pessimistic.

How to work with an observer?  Be straightforward, to the point, allow them time to think and analyse and be aware that they don’t suffer fools (always be well-informed when having discussions with them).

Chow calls this personality type the ‘loyal sceptic’ and warns that it is the most complex. Once loyal, the loyalist will be passionately loyal; but this personality also likes to play devil’s advocate and once trust is broken, they are prone to becoming highly cynical. For this reason, loyalists can become overly dependent (when loyal) or overly independent (when trust is broken). The loyalist is least able to manage disruption because they are prone to indecision and dislike change.

How to work with a loyalist?  Don’t assume too much or judge them too harshly, advises Chow. Provide reassurance, but don’t patronise them or provide a false sense of security.

This personality type wants to be happy, is often carefree and a social butterfly; but can often be judged as superficial because they dislike negativity. Adventurers are risk-takers, spontaneous and easily see the bigger picture, which can be hugely beneficial during a time of disruption. However, Chow highlights that, since analysing our failures is how we learn from them, adventurer personalities are also prone to repeating the same mistakes, as they actively avoid dwelling on past failures.

How to work with an adventurer?  Don’t correct or change them and indulge them in discussing ideas, since this is their preferred form of communication.

Also known as the ‘active controller,' challengers are confident, dominant and confrontational – “Think: Donald Trump," advises Chow. Challengers take the initiative and meet challenges head-on; however, they thrive on conflict as this is how they show their strength… which also means they can be prone to bullying and aggression.

How to work with a challenger?  Stand up for yourself, don’t betray their trust and don’t take their assertiveness personally.

As you can guess, peacemakers are easy-going, patient, gentle and simply nice people to have around. Peacemakers avoid conflict at all costs but are great negotiators as they are extremely empathetic and can see all points of view. This also makes them the best personality for managing disruption, advises Chow. Peacemakers want to solve problems but are non-judgemental and able to keep problems in perspective.

How to work with a peacemaker?  Pay close attention to your tone of voice (because they hate conflict), don’t place them under unnecessary pressure and don’t abuse their patience.

And now for the big reveal – what does all this mean for how you react to disruption? Chow brings the table of personality traits back up on screen and explains that each horizontal line of traits indicates our propensity for managing disruption.

In a final twist, Chow brings us back to the final two numbers in attendees’ three-digit personality traits and explains that these also play a vital role in how we react to change. While the first number indicates our dominant trait, which is obvious and by which most people would categorise us, the second is our secret trait, which is usually only seen by those who know us very well, and the third is our hidden potential trait, which is only revealed in times of crisis. It is this third trait, Chow notes, that can have the potential to help (or hinder) us most when trying to navigate disruption in both our lives and work.

As an enterprise business leader, Andrew Chow launched Acquia's offices in Singapore. With 14 years’ experience in B2B sales, he works closely with our ASEAN customers and partners to help them to create better customer experiences. To learn further about Chow's work, his website can be found here; additionally, the full webinar on-demand can be viewed here.

He has kindly shared copies of his books with Acquia webinar attendees; download your complimentary copies of Social Media 247, Public Relations 247 and Personal Branding 247 here.

From Empathy to Engagement: Planning the Personalization Journey

Planning for the Personalization Journey