Government organizations, which often find themselves accused of being digital laggards, are innovating with Drupal to deliver powerful experiences to be more services and information oriented.
Posted by David Aponovich on 05/04/2017
Image

Drupal never ceases to surprise and delight in the many ways digital innovators use it to build, manage and deliver ambitious digital experiences.

Case in point: Government organizations , which often find themselves accused of being digital laggards, are innovating with Drupal to deliver powerful experiences to be more services and information oriented.

Over a span of a few hours recently, three unrelated projects -- each a great examples of Drupal-driven digital experiences in government -- surfaced in my Twitter timeline offering more evidence that yes, Drupal innovation is happening everywhere. Even in corners of the public sector you might not expect. 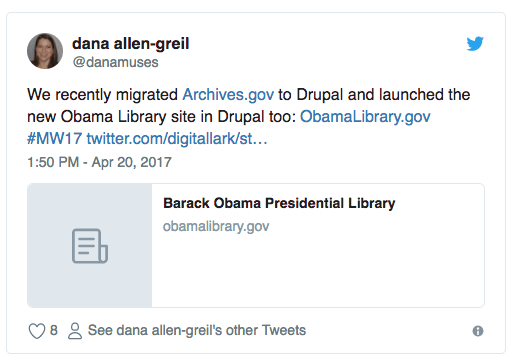 This site represents President Obama’s presidency, distilled into an easy to navigate and rich digital experience. Visually appealing and full of info, the National Archives site is powered by Drupal and serves as the digital record of Obama’s presidency.

It’s a virtual library, with interactive timeline of Obama’s eight years in office, tons of video and photographic history, and links to more info for academic researchers and historians.

The site is beautiful on mobile, too.

The Obama Presidential Library is being built in Chicago. This Drupal-driven site stands as the digital record of the history of the Obama Administration. The National Archives has also archived the content of WhiteHouse.gov (also a Drupal site) that was present on the last day of Obama’s presidency. 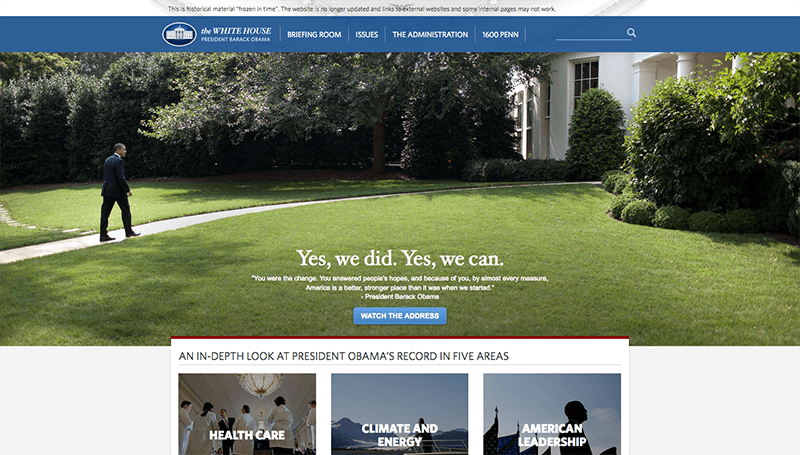 State of Georgia Interacts With Citizens Via Amazon Echo 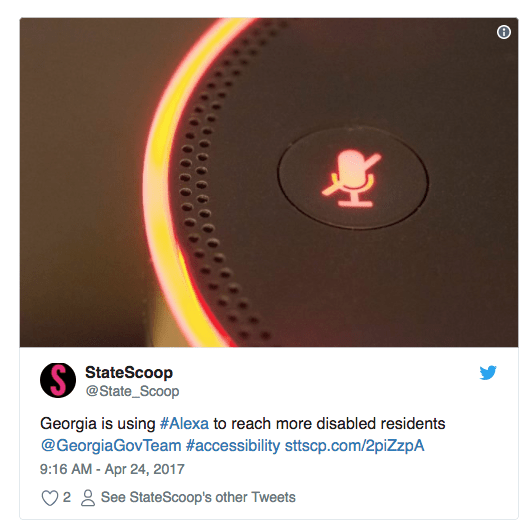 Georgia.gov has been a Drupal user and Acquia client since 2012 and has become the destination site for its citizens to quickly gain access to state resources, information and services on any type of device. The State of Georgia previously migrated more than 55 websites to Drupal to create a compelling digital experience for its citizens that also resulted in projected cost savings of $4.7 million over a five period.

Now, Georgia is taking its omnichannel strategy further in 2017. GeorgiaGov Interactive (the state’s digital services unit) with help from Acquia Labs is bringing information and transactional services to the Alexa-powered Amazon Echo.

A pilot program will enable citizens who have the Amazon device in their homes or offices to interact with dozens of government services via voice (“Alexa, how do I renew my driver’s license?”).

Georgia already runs its sites using Drupal on Acquia Cloud; extending the content via Drupal’s APIs is an easy path to “the next” content delivery requirement. It will allow Georgia to reuse its content already in Drupal instead of creating separate versions and different silos of content. And achieve greater content accessibility for everyone in the state. 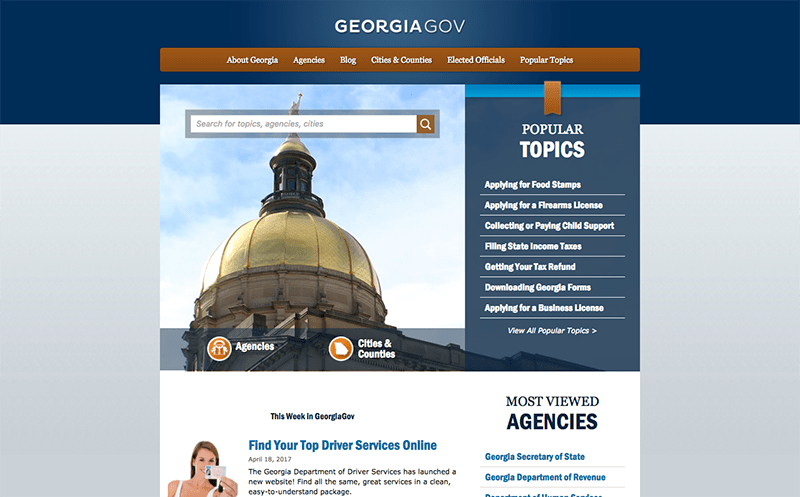 In 2016, the City of Boston launched a new Boston.gov on Drupal and Acquia Cloud.

Within 11 months we migrated more than 20,000 web pages and one million words to the new boston.gov, with the project being delivered on time and under budget. It’s hands-down one of the most people-centric, public sector sites you’ll find.

The site is beautifully designed, informative and useful.

It’s no surprise then that the city’s digital team found an innovative way to present an 840-page PDF (Boston Mayor Marty Walsh’s proposed $3.14B budget) as a thoughtful digital experience.

The new budget.boston.gov is everything a PDF is not: it’s interactive; it’s easy to navigate; it’s useful to anyone who wants to dig into where their tax money is proposed to be spent. Additional pages like “How Does the Budget Work?” and “Glossary of Terms” make an otherwise dense (read: boring) document into something meaningful, more transparent, and more accessible to citizens and businesses in Boston. 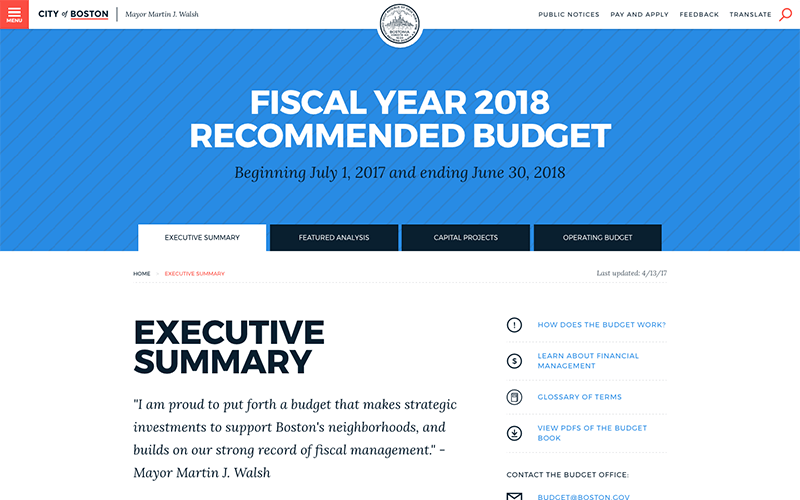