Net neutrality affects how people, including you and me, experience the web. Today, Acquia is joining the ranks of companies like Amazon, Atlassian, Netflix and Vimeo to advocate for strong net neutrality regulations.
Posted by Dries Buytaert on 07/12/2017
Image 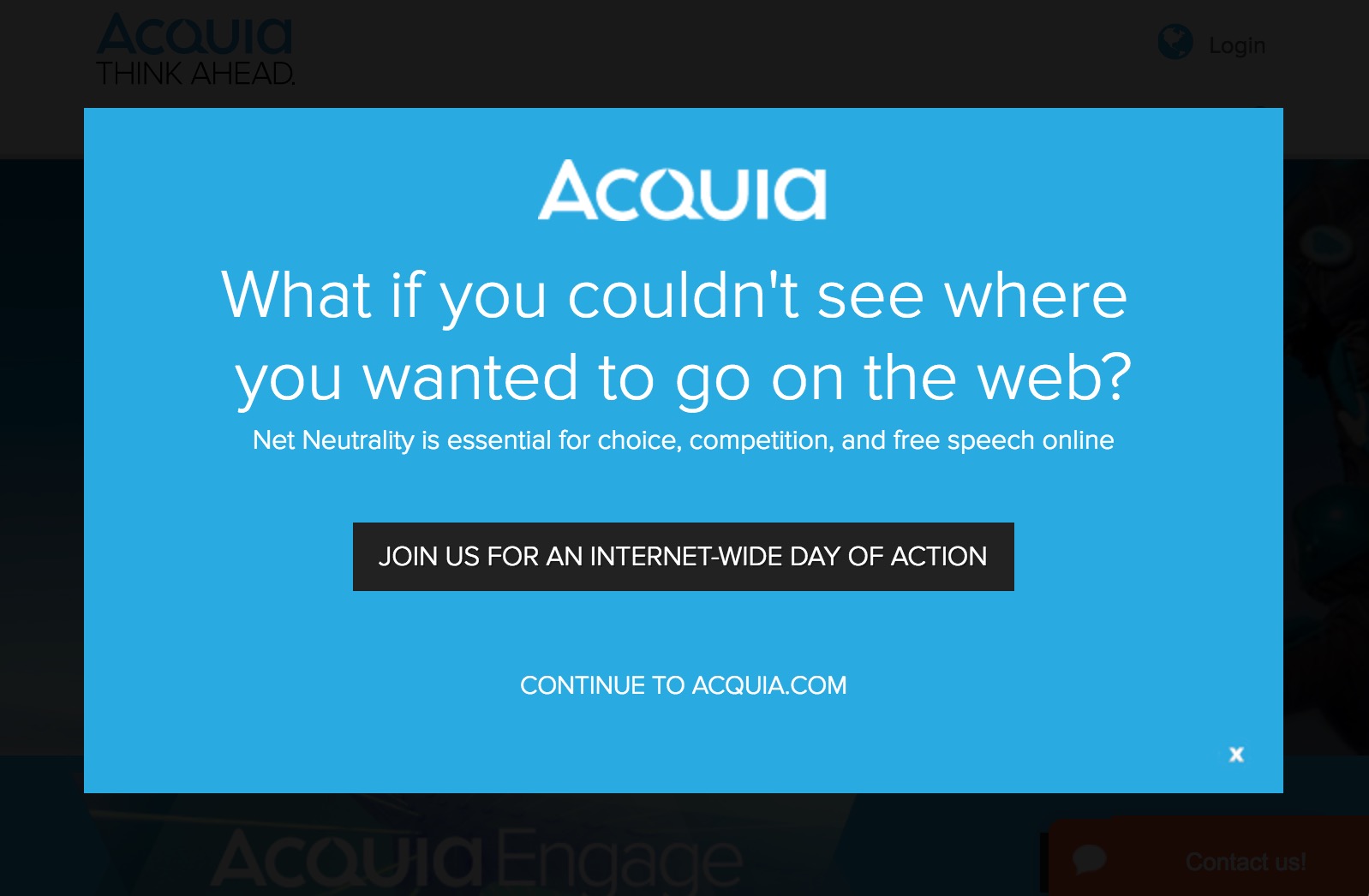